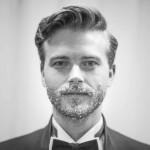 Young emerging figure in the animation scene, Benoit Berthe is an animation film maker and curator working in Europe and America.

Very engaged in the Animation industry, he founded his company promoting animation in the world and helped to create the first European Animation Awards Academy – Annie Awards equivalent, also known as “Emile Awards” – where he hold the role of the International Public Relation Manager.

He runs “The animation Showcase” presenting the best animated shorts to the creative industry and in the biggest animation studios around the globe (such as Pixar, Cartoon Network, Disney, Laika, BlueSky, Dreamworks …) and helped numerous animated Short Film during Awards season at the Oscars, BAFTA, Annies, Césars and notorious film festivals.

There are no users currently online